The Optical Society (OSA) will recognize newly elected Fellow Members and present the 2021 Herbert Walther Award during the Award and Plenary Ceremony to take place on Tuesday morning, June 22nd, 2021 from 10:30 to 12:30, Room 1.

2021 recipient of the Herbert Walther Award 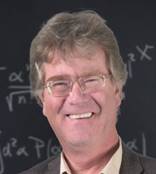 CLEO/Europe-EQEC 2021 will be honored to have Wolfgang Peter Schleich presenting a keynote talk.

The Optical Society (OSA) and the Deutsche Physikalische Gesell­schaft (DPG) have named Sir Professor Peter Knight the 2019 recipient of the Herbert Walther Award. Knight is recognized “for remarkable and varied contributions to quantum optics and quantum information science, ranging from foundations to applications.”

Knight, Senior Fellow in Residence, Kavli Royal Society International Centre, U.K., is a physicist renowned for pioneering research into quantum optics. His 40 years of work on the nonclassical properties of light and the theoretical underpinnings of quantum computing have established him as an influential figure within the wider UK physics community.

Knight is also professor and senior research investigator in the physics department at Imperial College, and chair of the Quantum Metrology Institute, National Physical Laboratory, both in the U.K. He retired in September 2010 as Deputy Rector, Research, at Imperial College where he was responsible for research strategy.

After receiving his doctorate at Sussex University, Knight was a Research Associate in the Department of Physics and Astronomy at the University of Rochester and the Physics Department and SLAC at Stanford University. He joined Imperial College in 1979 first as a Lecturer, becoming a Professor in 1988.

Knight, a dedicated volunteer, has served in many roles, including OSA president in 2004, Institute of Physics President (2011-2013), chair of the EPS Quantum Electronics and Optics Division, and editor of both the Journal of Modern Optics and Contemporary Physics. He is a Thomson-ISI Highly Cited Author.

Knight has won numerous awards including the OSA Frederic Ives Medal/Jarus W. Quinn Prize, the Thomas Young Medal and the Glazebrook Medal of the Institute of Physics, and the Royal Medal of the Royal Society.  He was named a U.K. Knights Bachelor on the 2005 Queen’s Birthday Honours List, for his work in optical physics.

Knight will present an invited talk in the CLEO/Europe – EQEC program, “The journey from manipulating single quantum systems to quantum information processing” on Tuesday afternoon, 25 June.

Prof. Wolfgang Osten received the MSc/Diploma in Physics from the Friedrich-Schiller-University Jena in 1979. From 1979 to 1984 he was a member of the Institute of Mechanics in Berlin working in the field of experimental stress analysis and optical metrology. In 1983 he received the PhD degree from the Martin-Luther-University Halle-Wittenberg for his thesis in the field of holographic interferometry. From 1984 to 1991 he was employed at the Central Institute of Cybernetics and Information Processes ZKI in Berlin making investigations in digital image processing and computer vision. Between 1988 and 1991 he was heading the Institute for Digital Image Processing at the ZKI. In 1991 he joined the Bremen Institute of Applied Beam Technology (BIAS) to establish and to direct the Department Optical 3D-Metrology till 2002.

Since September 2002 he has been a full professor at the University of Stuttgart and director of the Institute for Applied Optics. From 2006 till 2010 he was the vice rector for research and technology transfer of the Stuttgart University where he is currently an elected member of the university council. His research work is focused on new concepts for industrial inspection and metrology by combining modern principles of optical metrology, sensor technology and image processing. Special attention is directed to the development of resolution-enhanced technologies for the investigation of micro and nano structures.

The Optical Society (OSA) will recognize Aram Papoyan, Director of the Institute for Physical Research of the National Academy of Sciences of Armenia as the 2019 Advocate of Optics “for his leadership in the integration of the Institute for Physical Research into the European Research Area.” He received his Ph.D. from Yerevan State University in radiophysics. His research is dedicated to laser physics, atomic physics, and quantum and non-linear optics.

The Advocate of Optics is an annual recognition by the OSA Public Policy Council. At the end of each calendar year, the council evaluates and selects an outstanding public official from any country who demonstrates leadership and support for the advancement of optics and photonics.  The recipient is evaluated on criteria such as his/her enthusiasm for science and science policy, level of familiarity with optics and photonics, level of interaction with OSA and our members in the past year, and record of consistent support of science, optics and photonics.

Prof. Papoyan’s efforts have resulted in the integration of the Institute for Physical Research into the European Research Area (ERA). ERA is a system of scientific research programs which connects scientific resources across the European Union by focusing on multinational cooperation in medical, environmental, industrial, and socioeconomic research. Armenian integration into ERA through the Institute of Physical Research is the product of several years of collaborative development of a framework of cooperation between Armenia and European research and innovation organizations, which was especially difficult due to the geographical distance between Armenia and Europe. The integration provides collaboration mechanisms in quantum information science, atomic and matter wave physics, and scintillating Materials, all areas directly funded by programs created by the European Union/European Commission. As a result, Armenian researchers and young professionals have access to ERA funding to support and foster research in these areas.